The Battle of Celle

This is the final battle of a campaign based in 1813. It takes place three days after the previous battle of .

The 2nd and 4th Prussian corps continue their advance and have reached , where they are attacked by the Garde and the Westphalian corps. 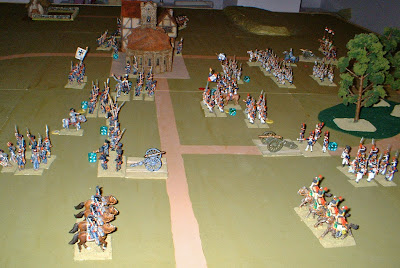 The Prussians hold on the cross roads, and have deployed to their right to hold the Imperial Garde at bay. Each side has taken up position to counter the enemy, and a stale mate has resulted. 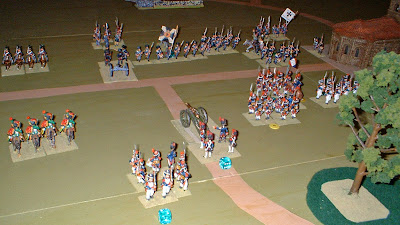 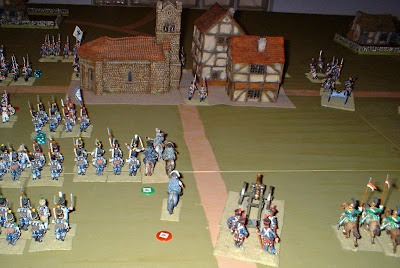 The Westphalian corps advances to attack . The town is held by a grenadier brigade and they hold against two attacks. By late afternoon the garde is withdrawn to avoid further casualties, and the Westphalians also retreat.

Yet another French defeat, and Napoleon must order yet another retreat.

As the French fall back the Blucher takes both and , bring the campaign to a successful conclusion for the Prussians