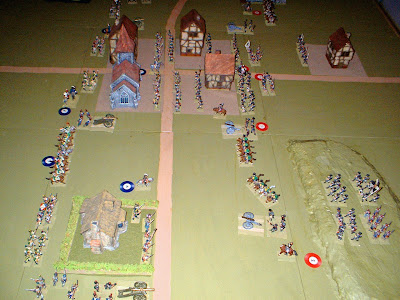 This photo was taken during the early part of the game. Hannover is at the cross roads in the centre. The centre road leads to Magdeburg at the top and Hamburg at the bottom. Road to left leads to Osnabruck, one on the right to Erfurt. Jan commands the French on the left, and Paul the Prussians on the right.

This wargame was fought in April 2008. It was another of the 1813 campaign games. Each game was designed to be played in one day. If it was a club game it always finished the same day, though sometimes it would have to be stopped early and winner agreed.

This particular game was played between Jan and I, so there was no pressure to finish in one day. Indeed we would often have only two or three moves one morning or afternoon, and it could then last for many days.

The campaign background is that the French must hold Hannover to defend the northern approach to France and keep communications with Napoleon. Both French and Prussians are force marching to reach the city first. One French division arrives the night before the battle and starts the game in possession of the city. 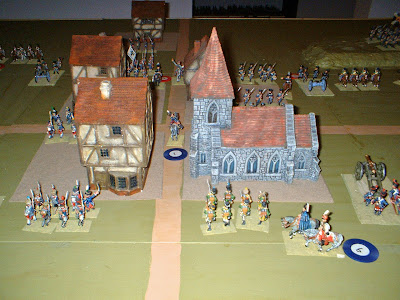 French Centre. The French hold half of Hannover, and the Prussians the other half. Both are determined to hold their own and if possible take the other. The French CinC is just arriving to change the orders from Hold to Attack. 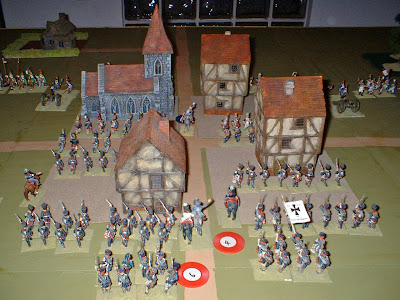 Prussian Centre. Blucher is leading the Prussian attack on Hannover. His presence would indicate that this is the critical attack of the game. 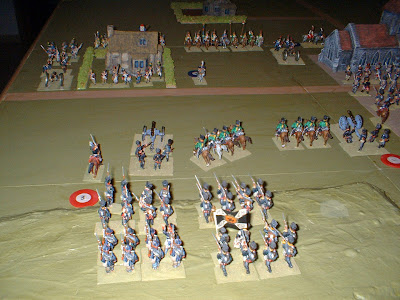 Prussian Left. Prussian infantry hold the hill, cavalry the open ground in front. This is a holding action to protect the main attack on Hannover, which is right of photograph. 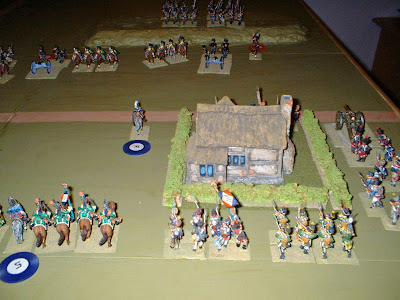 French Right. The French hold the farm and are content to keep the Prussians at bay. 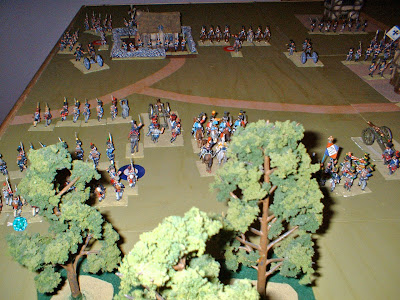 French Right. The French move through the woods and approach the T junction. 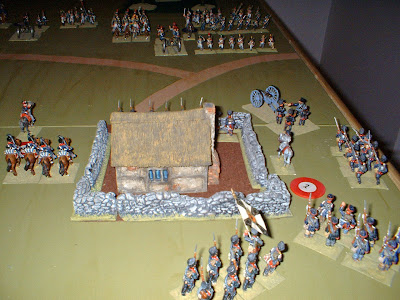 Prussian Right. The Prussians hold the farm which dominates the T junction. They are moving up to prevent any further French advance.
Posted by thistlebarrow at 13:48