The French are advancing towards Halle and the Russians moving to block them. 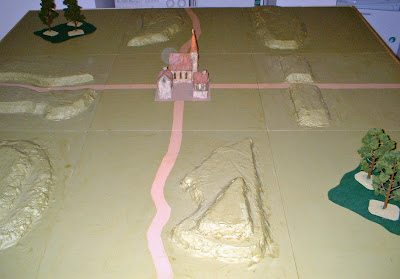 Gotha is in the centre of the table. The French enter from the bottom of the photograph along the Kassel to Halle road. The Russians enter from the top edge. 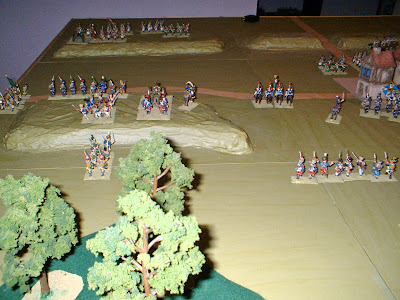 The French are holding with their left flank on the hill. The Russians appear happy to sit and observe on the opposite hill. 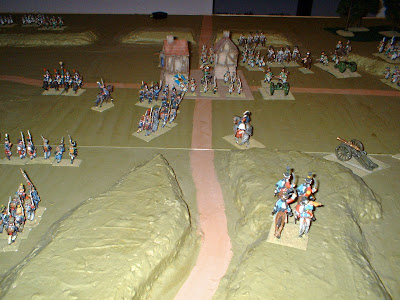 The main French attack is in the centre atainst Gotha. Cuirassiers support on the left and hussars on the right. 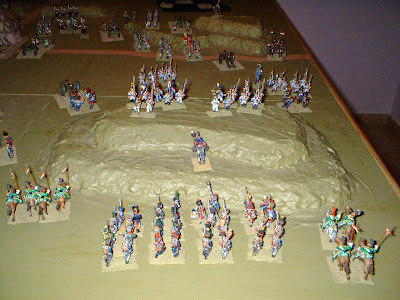 The main Russian attack is on the French right. They have already broken a Saxon division and French hopes are firmly on the shoulders of the reserve division behind the hill.

The result was a convincing Russian victory.
Posted by thistlebarrow at 07:18