This game was fought on 8 February 2008 as part of the club campaign.

King Joseph is leading the French army south to capture Seville. The Spanish have concentrated at Cordoba to stop them at the river Guadalquivier.

The French enter the table from the right. They crossed the river on all three bridges, but were driven back on their left and centre, with heavy cavalry casualties. They held the right bridge until late afternoon, then were driven back by a Spanish counter attack

The Spanish held their left hill with their weakest division. Artillery drove the Polish back across the river. The two best divisions held the centre, and suffered heavy casualties. They held the bridge and supported the counter attack on their right. It was a poorly coordinated counter attack, but still managed to drive the French back across the river. 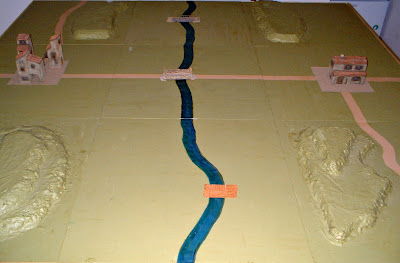 Table setup. French enter from the right, Spanish from the left. The French have to drive the Spanish off the table to win the game. The Spanish only have to hold their side of the river to win. 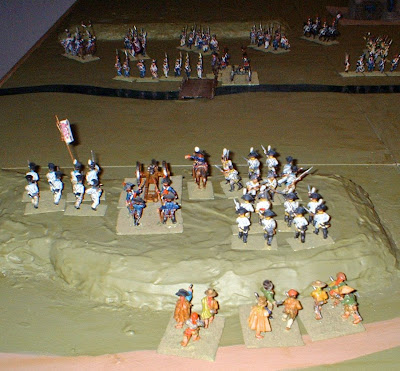 Spanish Left. This was the weakest division, but their artillery kept the Poles from crossing the only bridge available on this flank. 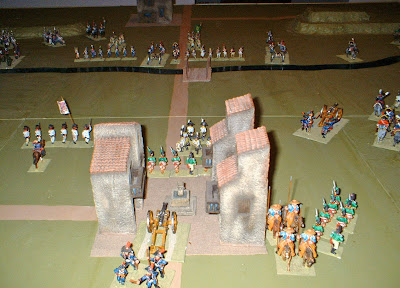 Spanish Centre. The two best divisions hold the centre. The French have concentrated their artillery either side of the bridge and inflict heavy casualties, but the Spanish hold until nightfall. 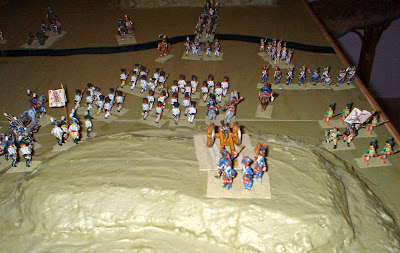 Spanish right. The Spanish counter attack. One battalion, on their right, is routed. But the remainder drive the French back over the river.
Posted by thistlebarrow at 08:34