Fought on 14 December 2007 this was the last wargame of the year. This was another of the campaign games designed to be fought in one day. Still using LFS rules with house amendments.

Napoleon is advancing towards Berlin and Blucher has deployed at Helmstedt to stop him. Napoleon lost, Berlin was saved! 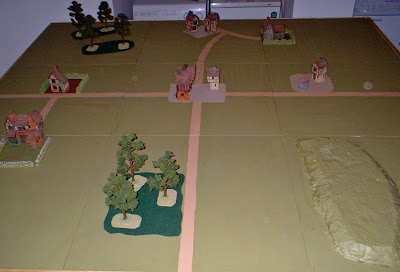 The table at the start of the game. The French enter from the left, the Prussians are already in position in the centre of the table. 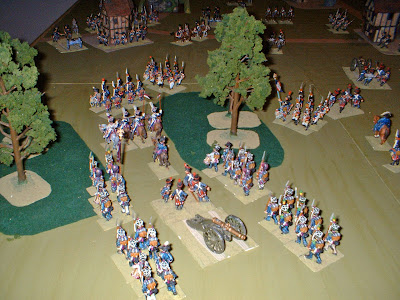 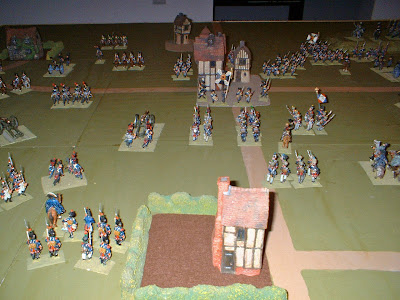 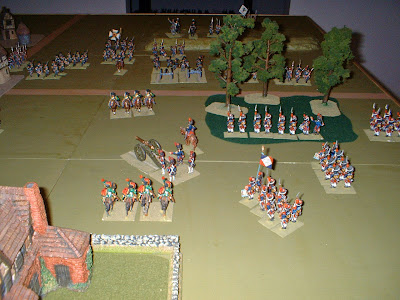 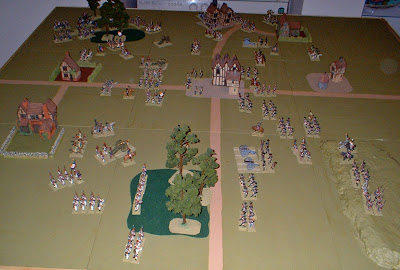