This game, fought on 7 December 2007, was the second in the Leipzig Campaign. The Bavarians are advancing towards Pilzen trying to locate the enemy. The Austrians must occupy Bamberg in order to link up with the Russian army further north.

The game was fought using 28mm figures as one of our weekly club games, and the rules used were our amended LFS rules. The game was finished within the allotted 6 hours (with an hour for lunch). The Austrians won. 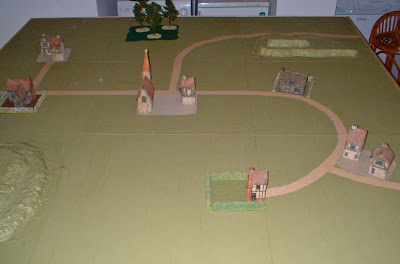 The battlefield of Amberg before the armies arrive. The Bararians will enter from the left and the Austrians from the right 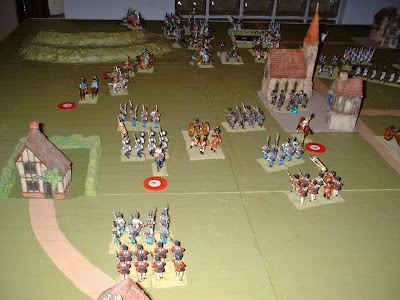 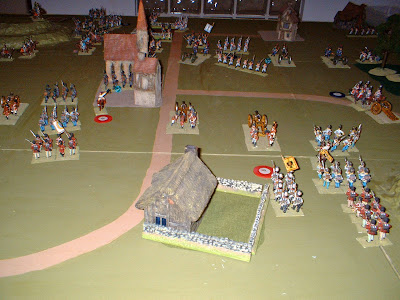 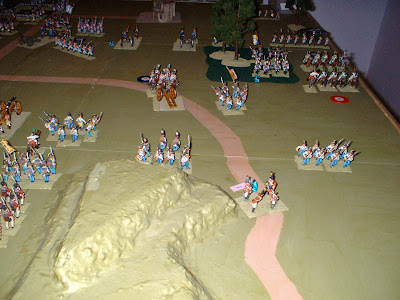 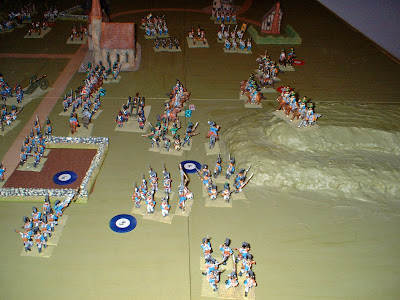 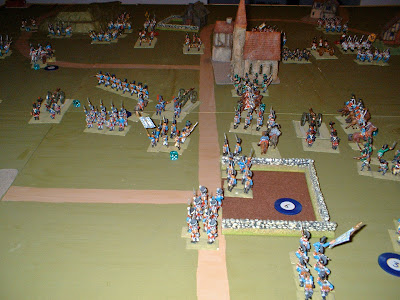 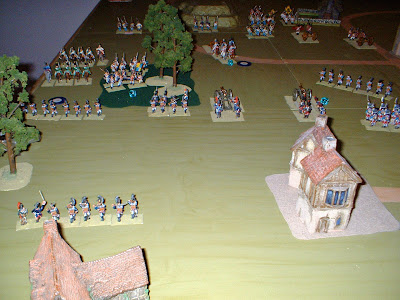