This is not a historical refight of Jena, it is a fictional battle fought as part of our ongoing club game. The game was played on 27 September 2007 using 28mm French and Russian armies.

The game was part of a Leipzig campaign. The French were advancing towards Leipzig, and the Prussians on Jena to hold the river Saale. It would be an encounter battle, with both sides entering the table from opposite sides.

The first photographs is the one sent to all players, together with the campaign setting, game objectives and order of battle, so that they could plan their game before arriving to start. 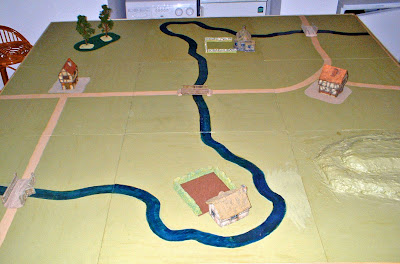 Table ready to start play. Russian will enter from the right, French from the left 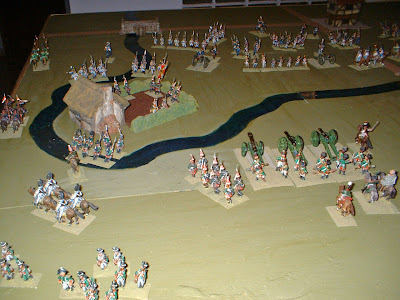 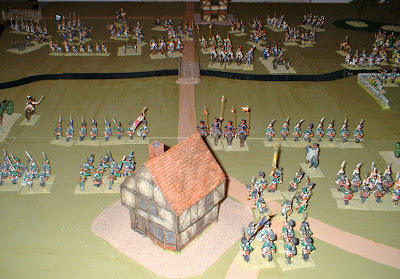 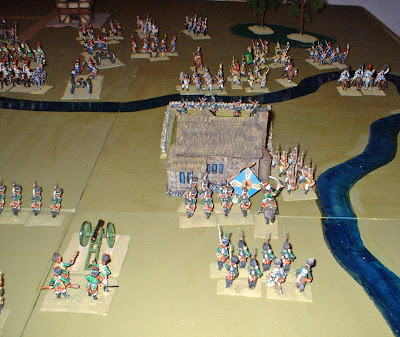