On 5 September 2007 I set up this game as one of the weekly games prepared for the Jalon Wargames Club. Each member was sent a copy of the first photograph, together with an explanation of the objective of the game and his own order of battle. 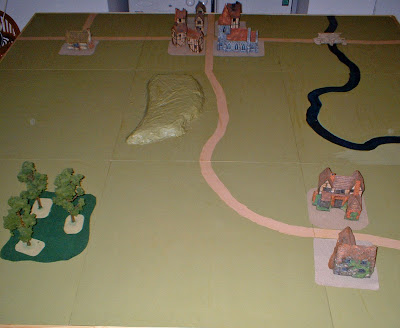 French will enter from the left, Prussians from the right 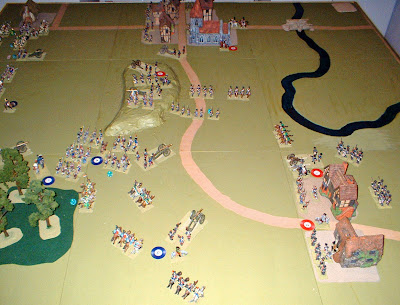 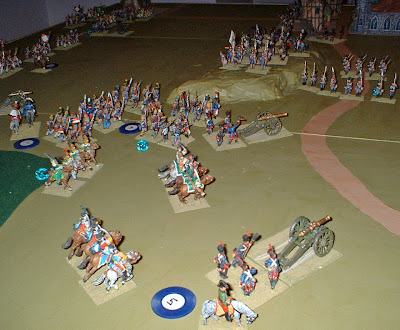 The French cavalry move forward to break the Prussian centre 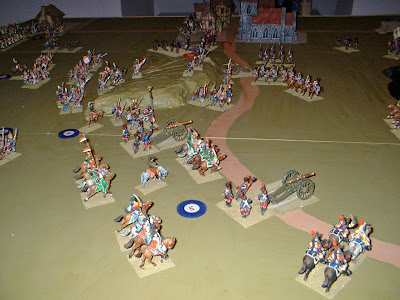