It was not a refight of an historical battle, but another in the series we fought to convert LFS rules to suit our armies. 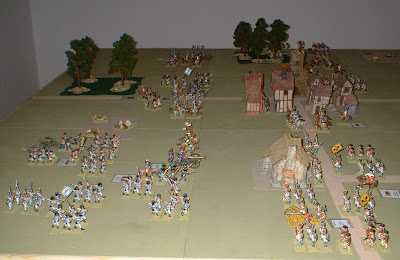 The whole battlefield. Bavarians on the left are attacking. Austrians on the right defending 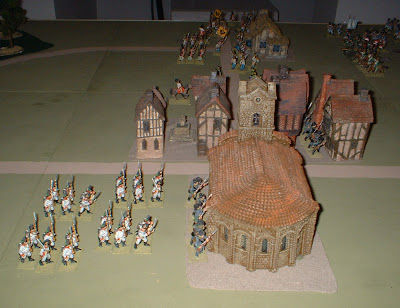 Austrian right. The church is held by a battalion of jagers, with a brigade of greandiers in reserve. 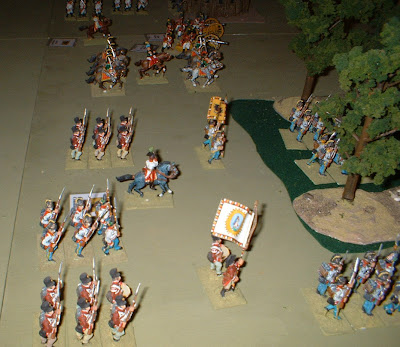 Austrian centre. One battalion holds the woods, with another on their right. The rest of the brigade are held in reserve behind the woods. 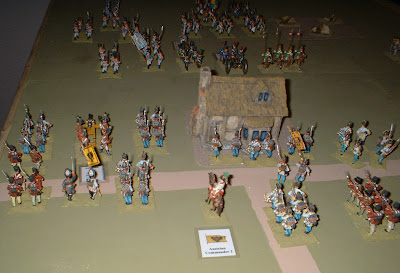 Austrian left. One battalion holds the village, another two either side plus a battery of artillery. The remainder of the brigade is in reserve. The battallion on the right has formed square because of the threat from enemy lancers. 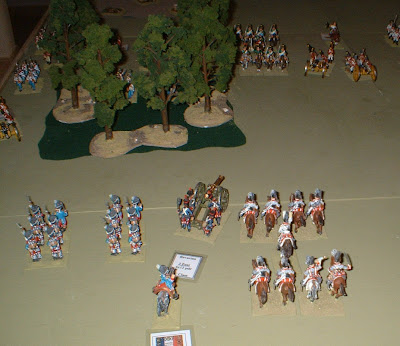 Bavarian left. An elite infantry brigade approach the woods, with cavalry on their right. 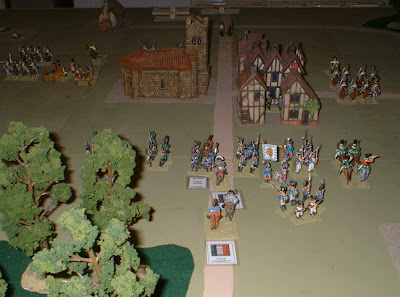 Bavarian centre. The divisional commander has ordered Halt. The CinC has arrived to issue fresh orders. The infantry are in square because of the threat from enemy cavalry 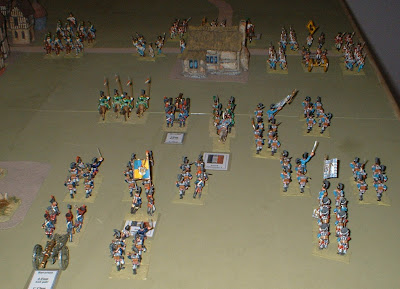 Bavarian right. The main attack consists of a Bavarian brigade (right) and a Baden brigade (left). Cavalry protect their left, and the artillery are moving up in support
Posted by thistlebarrow at 05:47